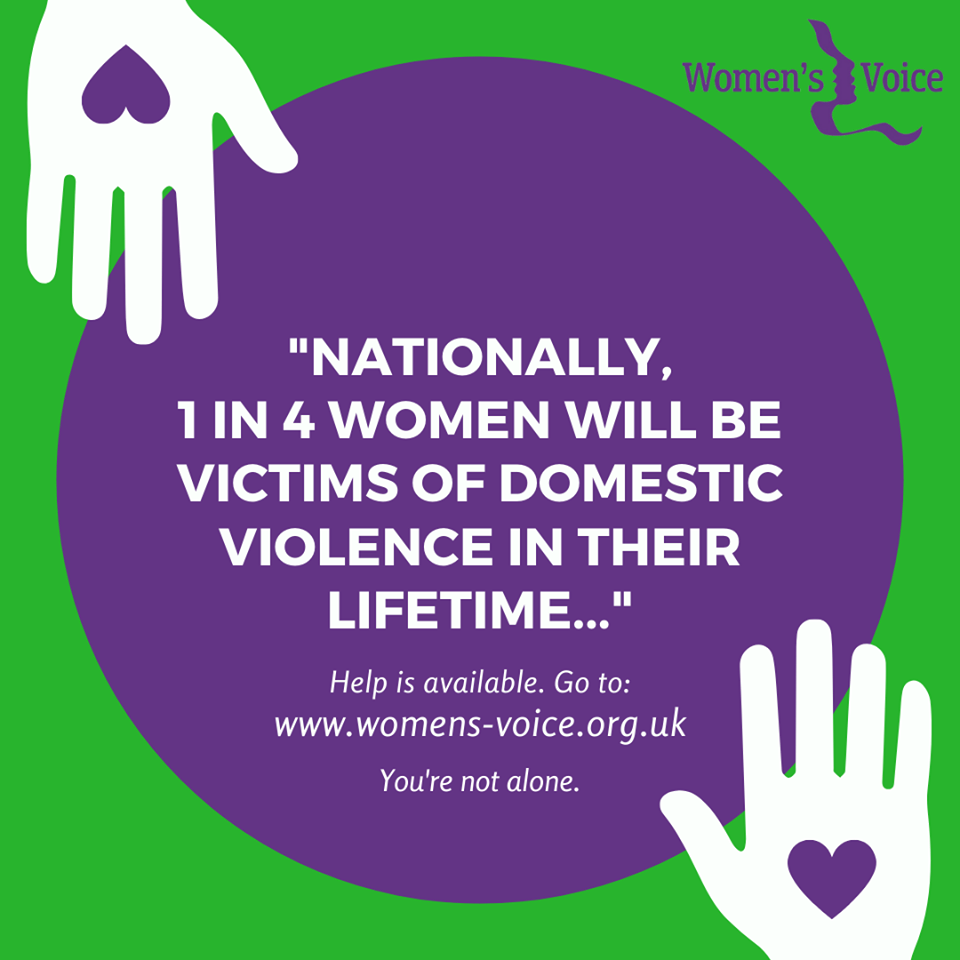 As the country was advised to go into ‘lockdown’ many households retreated into their homes. For many, the home is a safe space, to see this time through. But Women’s Voice is aware that this is not the case for many women who are now in ‘lock down’ with their abuser. Women’s Voice considers that domestic abuse and coercive control are among the most urgent issues facing women locally. Every week we will be sharing images on our social media pages to highlight this ongoing crisis and to remind people - You Are Not Alone. If you are experiencing domestic violence at home, Women’s Voice understands this is a difficult time for you to get any time on your own to get help